The naked mole rat and its surprising contributions to research 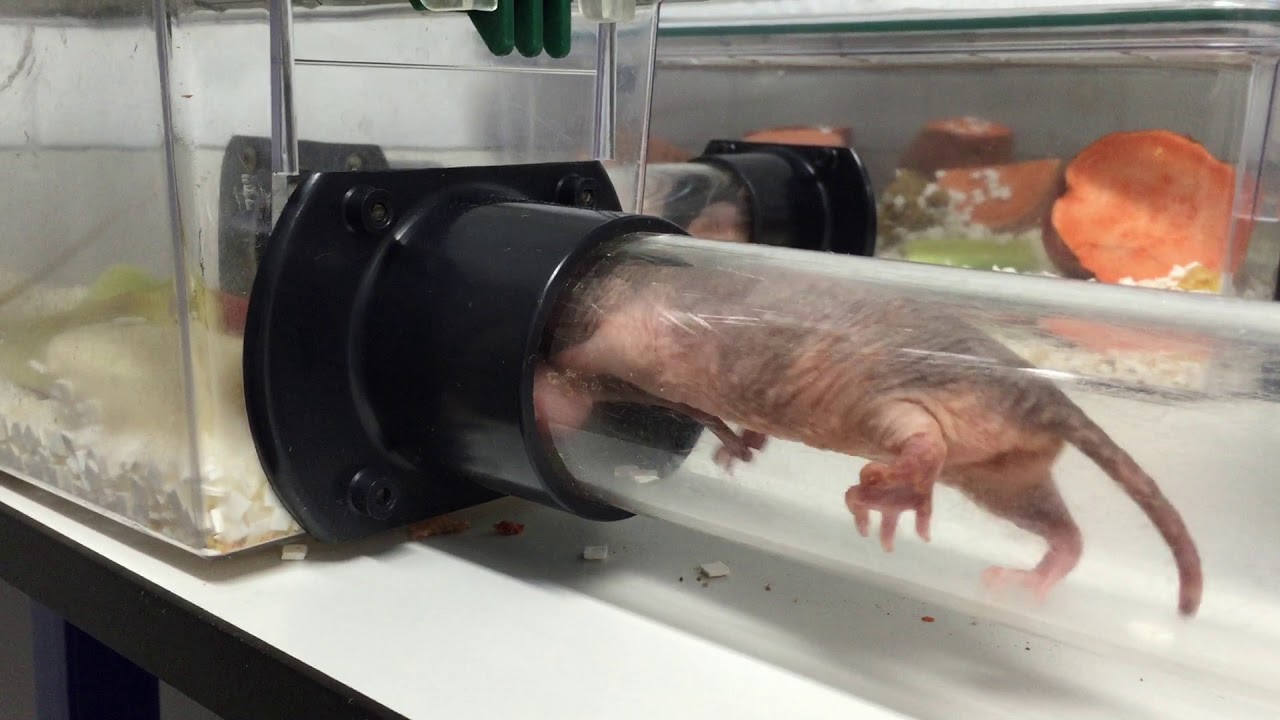 The naked mole rat is a burrowing mammal with a distinctive appearance. It’s pink, hairless, and wrinkly body complete with whiskers and protruding teeth really are a site to behold. While their appearance has drawn some rather unfavorable comparisons (such as “whiskered cocktail sausage”), their genetic make-up and physiological features are fascinating. In fact, they are being increasingly used in scientific research due to some of their strange characteristics.

Naked mole rats are burrowing rodents that live in subterranean colonies in certain parts of East Africa. They spend essentially their entire life underground in an unusual example of a mammalian eusocial society. They also do not undergo what we would consider to be a traditional ageing process, essentially never get cancer, and don’t seem to respond to pain in the typical way mammals do. Here, we delve further into some of the strange characteristics of the naked mole rat. 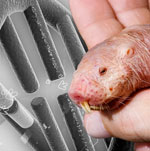 Naked mole rats do not really “age” in the traditional sense. They also have a surprisingly long lifespan and are known to live for over 30 years, securing them the title of “longest living rodent”. This is especially impressive given their size, which is similar to house mice that only live for 4 years. As they age, they show no sign of age-related health problems, and their chance of dying does not increase with age, which is at odds with traditional modes of ageing.

At the beginning of the decade, genome sequencing was performed to gain insights into some of the curious features of the naked mole rat genome. The results revealed that the general characteristics of its genome are in line with other mammals. However, the expression patterns of genes associated with ageing were different compared to mice, rats, and humans, suggesting that the regulation of genes in the naked mole rat could provide its long lifespan. Their surprising ageing phenotype could involve genes that regulate telomere length. Telomeres are present at the end of chromosomes and protect them from degradation. Increased levels of DNA repair are also thought to play a role, making their genome more stable. 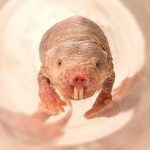 A study spanning 15 years found no instances of cancer among a captive colony of naked mole rats. The reason for this has been extremely important to researchers trying to understand mechanisms of cancer development. When culturing naked mole rat cells in the lab, researchers noticed that the growth medium became viscous, which does not happen with mouse, human or guinea pig cells. Analysis revealed that the compound causing this viscosity was high-molecular-mass hyaluronic acid (HA, also called hyaluronan). HA is a normal component of the extracellular matrix, but naked mole rat cells were secreting a high molecular mass version of the compound, over 5x larger than that secreted by other mammals. High molecular mass HA has been associated with anti-inflammatory effects, and is thought to be linked to a previously discovered phenomenon called early contact inhibition, which is a powerful anticancer mechanism that causes cells to arrest when there are too many of them (as is the case in a tumor environment due to uncontrolled proliferation). The researchers suggest that this might have evolved as a mechanism to promote skin elasticity to facilitate their subterranean life.

The naked mole rat genome is also highly stable and will not permit cellular reprogramming. Reprogramming is when scientists take specialized cells and “de-specialize” them back into a stem cell state. It is important for many aspects of stem cell biology and regenerative medicine. Interestingly, naked mole rat cells can’t do this. This is because of their epigenome (i.e. not their genome, but how it is marked and regulated with protein) is refractory to reprogramming. Reprogramming requires a fairly “open” epigenome that permits the activation of certain factors allowing the cell to return to a stem cell. However, the DNA of naked mole rats is much more enriched for repressive factors, and is generally more compacted at promoters, where transcription factors need to bind in order to activate genes. The researchers suggest this could contribute to the lack of cancer and longevity of this species, as epigenetics has been linked to both cancer and ageing.

No pain, no gain

Naked mole rats also lack many behaviors associated with feeling pain. The naked mole rat does not respond to classic pain chemicals, hydrochloric acid or capsicum, which cause pain in humans and other rodents. Very recently, gene expression data showed that variation in genes associated with channels that regulate the entrance of chemicals in and out of the cells likely contribute to this insensitivity, and it likely evolved as a result of sharing a habitat with stinging ants. 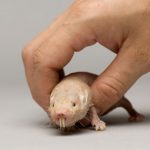 Finally, naked mole rats are a rare example of mammals that operate in a eusocial society. In eusocial societies, there are at least two classes of individuals, a reproductive caste, and a non-reproductive or “worker” caste. Social insects such as ants and bees are common examples of eusocial societies. Their unusual societal structure is thought to have developed as a result of evolutionary constraints, such as limited reproductive opportunities and environmental factors. Naked mole rats also exhibit alloparental care, which is a key part of a eusocial society. Alloparental care is when an individual cares for offspring that is not their own. In naked mole rats, the subordinate class (non-reproductive) will help to care for the queen’s offspring. A study published in 2018 found that the subordinate animals consume the feces of the pregnant queen, which contain lot of estrogen. This estrogen induces physiological and behavioral changes, promoting alloparental care.

Whether you find them oddly adorable or truly hideous, these little beasts are trendsetters in future science and medical research. The naked mole rat genome is likely to provide us with valuable insights into pain treatments, cancer therapy and disorders related to ageing.