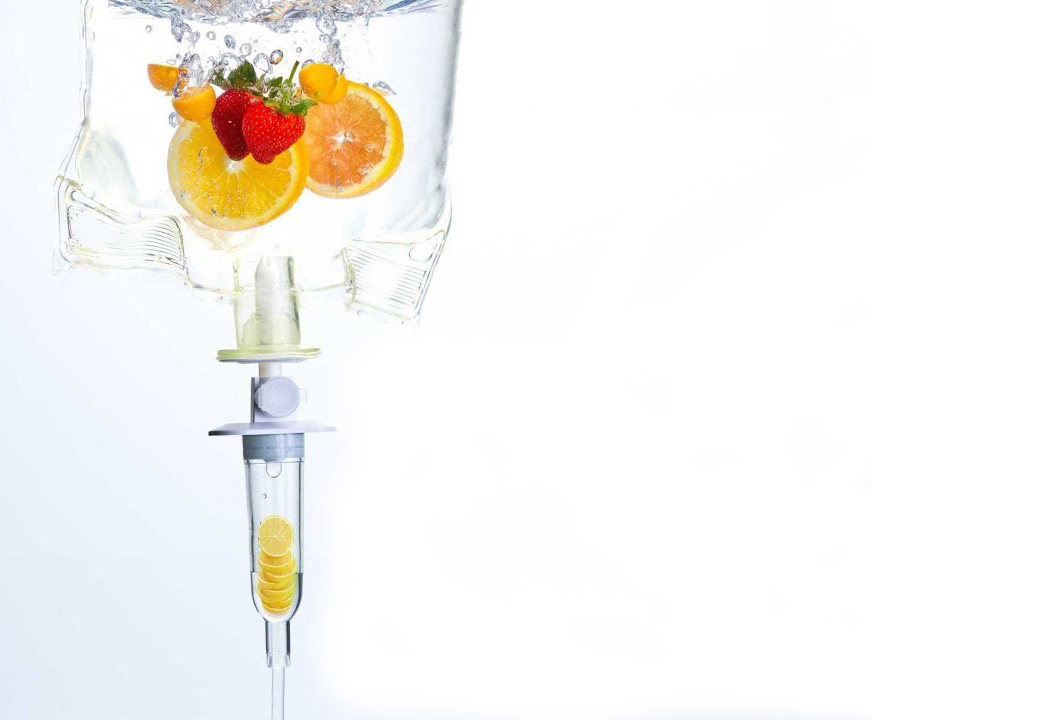 Could increasing aggressive and violent children’s intake of zinc, B group vitamins and omega-3 fatty acids do more to prevent mass shootings at our schools than further restricting gun sales?

That’s what renown epigenetics researcher Dr. William J. Walsh suggested in the wake of a 2012 mass shooting by a 19-year-old that took the lives of 20 children and six adults at an elementary school in Newton, Connecticut nearly seven years ago.

Walsh, who has built one of the world’s largest databases of chemical assays for diagnosing and treating anxiety and mood disorders, noted that 29 of more than 40 cases of fatal shootings at U.S. schools between 1988 and 2013 occurred soon after the shooter stopped taking their antidepressant prescription.[1]

He went on to argue that the best way to prevent future school shootings might be for doctors to shift from prescribing powerful antidepressant drugs to using micronutrient therapies to help prevent children exhibiting unusually aggressive and violent behavior from experiencing full-blown psychotic breaks that trigger schizophrenia.

Seven years later, micronutrient therapy appears to be growing in popularity even as other areas of epigenetic research into mental illness have failed to deliver on their promise, including biomarkers clinicians can use to distinguish between schizophrenia and other serious disorders with similar symptoms but different causes.

“Nutritional medicine should now be considered as a mainstream element of psychiatric practice, with research, education, policy, and health promotion supporting this new framework,” concluded the authors of a meta-analysis of 56 studies that explored the nutritional factors of adolescent depression published in April by the International Journal of Preventative Medicine. [2]

The review of studies published from 1978 through 2017 suggests the best results for treating teen depression are achieved by supplementing their diets with the amino acids 5-hydroxy Tryptophan (5-HTP), phenylalanine and tyrosine as well as B6 and B12 vitamins and folic acid.

The vitamins help turn the amino acids into the neurotransmitters serotonin, dopamine, noradrenaline and adrenaline. Serotonin is known to influence mood and approximately 90 percent of it is found in the cells of our gastrointestinal tract. The other three neurotransmitter are known to influence motivation. Elevated levels of dopamine and serotonin are associated with schizophrenia, which is often accompanied by aggressive and violent behavior.

The meta-analysis concluded the following nutrients can also significantly relieve symptoms of depression:

S-adenosyl methionine (SAMe) and tri-methyl-glycine (TMG): Multiple placebo-controlled, double-blind studies have shown that SAMe is equal or superior to antidepressants. Because it is expensive and unstable, however, there is growing interest in its precursor TMG.

Omega 3s: A third of the gray matter in the human brain consists of omega-3 polyunsaturated fats (n-3 PUFAs) that can only be supplied from our diets. A deficiency of the N-3 PUFA docosahexaenoic acid (DHA) is associated with the dysfunction and impaired transmission of serotonin, noradrenaline and dopamine.

Minerals: Zinc, protects from oxidative stress, considered a major factor in mental illness. It has been shown to enhance the effect of selective serotonin uptake inhibitors (SIRIs) and the tricyclic antidepressants that preceded them. Our bodies need iron to make myelin, a fatty substance that accelerates the flow of information throughout the nervous system. Anemia due to iron deficiency is associated with depression, apathy and fatigue, particularly in women of child-bearing age. 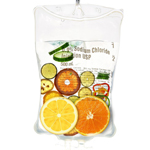 “Given that the average age of onset for anxiety and mood disorders is 6 years and 13 years, respectively, the potential for early intervention using strategies targeted at improving dietary intake at a population level may be of substantial public health benefit,” concluded the study.

In 2017, an Australian researcher concluded much the same after her first-of-its-kind clinical investigation found a standardized micronutrient therapy based largely on Walsh’s recommendations significantly reduced violent and aggressive behavior among boys 4 to 14.

“Micronutrient therapy may be an appropriate and safe intervention to bridge the therapeutic gap in children and adolescents with violent and aggressive behaviours,” she wrote, noting parents’ and doctors’ reluctance to prescribe powerful antipsychotic drugs to children. She acknowledged further studies would be needed to see if her findings applied to older teen males and young men who tend to have greater access to knives and guns.[3]

The Walsh Theory of Schizophrenia

Such conclusions have helped validate the work of Walsh, considered among the most influential living practitioners of using micronutrient therapy to treat depression, autism, ADHD, schizophrenia and other mood and anxiety disorders. 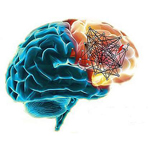 After years of collaborating with Carl C. Pfeiffer, who pioneered nutritional research therapy in the 1970s, Walsh developed custom nutrient protocols for normalizing body and brain chemistry in thousands of patients. Over the course of treating more than 30,000 individuals, he amassed a database of 3 million-plus chemical assays that convinced him that about 46 percent of schizophrenics exhibit overmethylation, while about 28 percent exhibit undermethylation. [4]

Methylation is the chemical process that determines whether cells turn the genes in DNA on or off, and in so doing, make individuals more vulnerable to cancer, autoimmune disease, mental illness and other diseases.

Research has shown deviant methylation can be caused by oxidative stress, which can be triggered by a range of environmental insults ranging from poor nutrition and exposure to toxins to severe physical or emotional trauma. Walsh theorizes that schizophrenia occurs when overwhelming oxidative stress permanently switches a gene on or off. This explains why the condition persists after the initial mental breakdown, which often occurs in adolescence.

Walsh’s database shows that most people with mental disorders are depleted in zinc and have extraordinary oxidative stress, which is a common effect of eating processed foods and vegetable oils, excessive net carbs (total carbohydrates minus fiber) and protein typical of the Western diet. Those with autism, schizophrenia and postpartum depression appear to have higher levels of copper uptake. 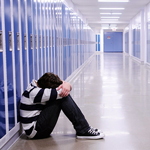 “It seems likely that most school shooters had the low-folate form of depression and experience an adverse ration to antidepressant treatment,” Walsh wrote in 2013. “These persons respond better to benzodiazepine medications, and also benefit from nutrient therapy to elevate folate levels.” [5]

At last count, the Walsh Research Institute has trained more than 500 doctors in 32 countries on how to use his non-drug nutrient therapy to treat patients diagnosed with autism, ADHD, bipolar disorder, schizophrenia and other conditions.

Other areas of epigenetic research into the causes of and potential treatments for mental illness have not been nearly as fruitful, according a 2016 meta-analysis of schizophrenia research. The study focused on schizophrenia because it was the subject of more epigenetic research papers from 1958 to 2012 than any other mental illness. The interest is due in large part to the shortcomings of drug therapies, including antidepressants that have been shown to worsen rather than relieve depression and suicidal tendencies, particularly among adolescent patients.

The study attributes many of the failings to “biological reductionism,” or the lack of an “integrative bio-social approach” that weighs the influence of both genetics, or “nature,” and epigenetics, or “nurture.”[6]

For instance, one study that compared methylation of neurotransmitter receptors of patients who had committed suicide, did not distinguish between those who had been abused as children and those who had not.

Geneticists, molecular biologists, psychologists and sociologists approached schizophrenia from their own academic silos using different definitions, criteria and methodologies, the authors asserted. Some studies used brain scans while other relied on post-mortem samples of human brain tissue. Still others relied on blood and saliva. Some research was based on studies of animals, which are inherently problematic since animals can’t describe their emotional state.

Thus, while scientists have known since the 1970s that antipsychotic medications work by blocking dopamine signaling, they have yet to determine what causes the excessive dopamine levels in the brain that lead to psychotic symptoms. Indeed, scientists have yet to identify biomarkers that can be used to distinguish between schizophrenia, depression and other subsets of mental illness, or predict treatment outcomes. 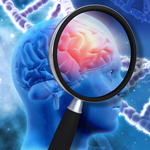 “The profound differences between the dominant mainstream traditions in the social and biological sciences mean that dialogue should begin long before studies are designed and planned, so that precepts from both fields can equally and mutually inform hypothesis development, study design, sampling and operationalization,” the authors recommended.

Whether researchers heed this advice remains to be seen.

In May, for instance, researchers claimed they had discovered a cluster of epigenetic marks in DNA derived from the brain cells of people with either schizophrenia or bipolar disorder that switch a gene enhancer called IGF2 on or off. When switched on, IGF2 causes a nearby gene called tyrosine hydroxylase to ratchet up dopamine production, while simultaneously scrambling brain synapses that transmit rapid-fire neural messages deemed essential to healthy brain function.

“Like many other neurological disorders, schizophrenia and bipolar disorder often have early, or prodromal, phases that begin years before obvious symptoms,” explained co-author Viviane Labrie, Ph.D., an assistant professor at Van Andel Research Institute. “It is our hope that our findings may lead to new biomarkers to screen for risk, which would then allow for earlier intervention.” [7]

The study, however, never mentions any of the social influences widely acknowledged to contribute to experiences leading to diagnoses of schizophrenia, such as trauma, abuse, marginalization and discrimination.

The Walsh Research Institute, meanwhile, recently pushed back the publication of a study entitled “DNA Methylation of Schizophrenic Biotypes” after discovering a significant change in the schizophrenia population during subject recruitment.