DNA Functions: An Overview of the Roles DNA Plays in Cells 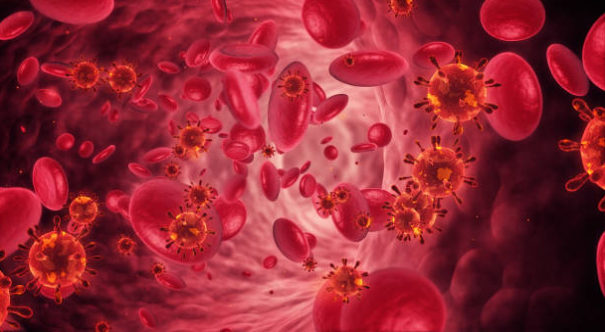 DNA, also known as Deoxyribonucleic acid, is a material too tiny for the naked eye to see that exists in abundance in the human body. Billions of such cells hold important information about us. In Gregor Mendel’s research in 1866 was some of the first to explore why physical similarities are inherited. Studies in the field of genetics would continue, but American biologist and British physicist James Watson and Francis Crick’s discoveries about DNA are considered the most game changing in understanding the physical makeup of DNA as well as its functions. Anyone who has seen a TV show in which detectives are gathering evidence at a crime scene know how valuable DNA is in helping to identify someone, but what role does it actually play in cell function?

DNA is the material that living beings are made of. It is transferred across generations and is responsible for why we’re tall or short. It’s the reason why we have freckles or don’t. Everyone’s DNA is an intricate manual that provides instructions. DNA is responsible for how human beings, canaries or flowers, among other living things, will be created. Protein is a critical part of the process of issuing unique physical attributes. Proteins are the byproducts of genes. Sometimes they’re referred to as polypeptides. Proteins can contain one polypeptide or many.

Transfer RNA ribosomal RNA operate as translators in the process of gene expression. A translation can result in amino acids being able to understand the messages of an mRNA sequence. Each phase in the process of distributing information from DNA to RNA to protein gives a cell the ability to regulate itself. It even enables it to control the quantity of proteins it produces. This stream of information from DNA to RNA to protein comprises the miraculous process of gene expression https://science-explained.com/theory/dna-rna-and-protein/

When changes in the nucleotide sequence of a genome happens, a mutation takes place. Mutations can be significant. They can influence one DNA building block or much of a chromosome containing a mix of genes. A normal cell has the capacity to repair itself that protect it from mutating. That’s why a mutation can be considered a cellular malfunction.

Mutations are passed down to offspring if they take place in either the sperm or egg cells of parents. Mutations can be responsible for diseases or physical deformities being passed down throughout a particular family.

Genetic recombination is a general term that comprises all the many ways that DNA cells links and interact with each other. Recombination happens when two DNA molecules trade genetic data with each other. The recombination of genes is sometimes called ”reshuffing.” Transformation, conjugation and transduction are three ways that bacteria genes reshuffle and promote their genetic diversity https://sciencing.com/three-mechanisms-genetic-recombination-prokaryotes-18252.html.

Transduction is the exchange of DNA from one bacterium to another via viruses. Each time a virus infects a bacterium, it passes its genetic material to its receiver and takes control of the bacterium’s ability to synthesize DNA, RNA and proteins.

Conjugation amounts to same act as human sexual intercourse. It requires that the two cells touch. A donor cell transmits a strand of DNA from the F-plasmid and implants it in the recipient. Scientists use transformation to incorporate foreign DNA into prokaryotic cells. This type of scientific research activity has been instrumental in better understanding the impact of DNA segments. It has also enabled the artificial creation of microorganisms.

DNA has the shape of a double helix. Its two strands twist and bind together compatibly. DNA comes apart in the act of replication, however. The subsequent independent helixes then have the capacity to combine with other loose strands that become whole new double helixes. Some of the loose strands will be “leading” strands and some will be “lagging” strands. What’s particularly fascinating is that the act of DNA replication in human beings is similar to that of all other living things except for certain types of bacteria. Cells need to duplicate DNA fast and accurately or mutations such as cancer can occur during the process.

Most genes are encoded identically. They’re considered either canonical or standard If there are any deviations. Base sequences of A, T, C and G In a DNA strand will decide how amino acids will sequence in proteins. They’ll also be responsible for how cells are designed and structured. The genetic code is the basis for exchanging key information. The information they send back and forth contains codes that enable the cells to create proteins. This process doesn’t only take place in human beings and animals. It is consistently carried out throughout Earth’s ecosystem.

The reason why understanding DNA is crucial

Due to the profusion of popular crime series, most realize the crucial role that DNA plays in criminal justice, but DNA has also been critical to advances in finding solutions to life threatening illnesses http://www.exploredna.co.uk/the-importance-dna.htmlGenetic disorders are not yet capable of being cured by science, but studying them has increased the therapeutic options available those who suffer from them have. The symptoms of cystic fibrosis, hemophilia, and other disorders of genetic origins can be managed better. Medicine is better able to provide key genetic information to pregnant women regarding the presence of genes that have the potential to pass high risk disorders such as muscular dystrophy, down syndrome and sickle cell to their children. DNA plays a part in farming and agriculture in so far as it has made poultry and livestock more resistant to disease. DNA technology has helped farmers defend crops from harmful insects. It helps to resolve the paternity of children in legal proceedings. Scientific advances in DNA research have been particularly illuminating in understanding history. Even our ability to trace our ancestry has been expanded thanks to advances in research into the ways every day life is shaped by the role that DNA plays in cells. It’s no wonder that its discovery is regarded as one of the most groundbreaking in human history.