Everything you need to know about the genetics of celiac disease

What is celiac disease?

Celiac disease is an autoimmune disease (a failure of the body’s immune system that induces the body to attack its own tissues) in which gluten activates an immune response that destroys the villi, tiny finger-like protrusions inside the small intestine. Patients with this disease are intolerant to gluten, which is a protein found in grains such as wheat, rye and barley.

The ingestion of gluten leads to the damage of the small intestine that can affect the absorption of nutrients and cause gastrointestinal problems. If left untreated, celiac disease can lead to additional serious health problems like type I diabetes, dermatitis herpetiformis, short stature, osteoporosis, anemia, infertility and intestinal cancers.

Environmental, genetic and immunologic causes are key factors for the development of the celiac disease. In particular, it has been observed that numerous genes play a crucial role in the development of this autoimmune disorder. Some studies have identified several genomic regions that probably contain celiac disease susceptibility genes – genes that, if present, have a strong effect on a person’s risk of developing celiac disease. The most important genetic factors identified are two genetic markers, known as HLA-DQ2 and HLA-DQ8, which are part of the immune system that are able to stick to the gluten protein.

Celiac disease is a hereditary disorder, meaning that it is present in families. Persons with a first-degree relative having the celiac disease such as a parent, child or sibling have a high risk to develop the celiac disorder. Importantly, according to the national institute of diabetes and digestive and kidney diseases, around 1 in 140 Americans have the celiac disease.

Which is the role of genes in the development of celiac disease?

It is important to underline that the susceptibility to develop the celiac disease can be inherited, but the disease itself cannot be inherited. In fact, celiac disease is a multifactorial disorder, which means that it is influenced by both environmental and genetic factors.

Unlike cancer syndromes, where the risk of developing disease can be over 80% if you have the susceptibility genes, the presence of these genes in your DNA suggests the likelihood, rather than certainty of disease.

In other words, if you have one of these susceptibility genes, that means you have a predisposition for the disease, nothing more. Therefore, if you possess these genes for celiac disease you are not predestined to develop this condition. In fact, it has been shown that while 30% of the population have these susceptibility genes, only 5% of these subjects can develop this disorder.

This is due to the fact that there are also other genes that have been shown to be associated with celiac disease, but until now, we do not know exactly their significance.

In other words, the presence of the susceptibility genes is necessary but not sufficient for the disease development because there are several other environmental factors that are necessary to induce the disorder such as the amount and the quality of ingested gluten, the spectrum of intestinal microorganisms and stressful events such as a viral infection, some emotional trauma or surgery. Thus, it is very important to note that having one of these genes in your DNA doesn’t mean you will develop celiac disease. On the contrary, if you don’t have one of these susceptibility genes, it is very improbable that you will develop the celiac disease in your life.

When the genetic testing for celiac disease should be considered

An important condition in which genetic testing (DNA isolated from your blood) is very useful is when another testing such as antibody screening is ambiguous. Genetic testing can also be used to evaluate persons in high-risk groups, such as those who have family members with celiac disease or type I diabetics and autoimmune thyroiditis. For example, a child of a mother with celiac disease could perform the genetic testing and if the child does not possess these genes, it is not recommended to proceed to additional antibody screening. Importantly, genetic testing has been included in current professional guidelines, particularly for children.

It should be underlined that it is not recommended to perform the genetic testing in patients with a confirmed diagnosis of celiac disease, such as those who have positive serology and biopsy tests. Therefore, the genetic test can simply indicate the likelihood of disease rather than a definitive diagnosis.

Currently, there is no U.S Food and Drug Administration (FDA) approved drug for the treatment of celiac disease. The only way of action available to celiac patients is to adhere to a gluten-free diet. However, on January 2nd the ImmusanT, a privately USA biotechnology company, announced its therapeutic vaccine called Nexvax2. This vaccine is not yet approved and is now under evaluation in clinical trials.

This novel therapeutic vaccine is able to influence the body’s own immune system so that it does not destroy the intestinal villi in response to gluten ingestion. Therefore, this vaccine has been designed to re-educate (by reprogramming T-cells) the body’s immune system to defend celiac disease patients from the side effects associated with the accidental introduction of the gluten. Actually, ImmusanT has completed multiple Phase 1 clinical trials demonstrating that Nexvax2 is safe, well tolerated and has relevant bioactivity in human patients. However, at present, Nexvax2 is in a global clinical study (Phase 2) to establish its effectiveness as protection against accidental gluten exposure in people having gluten intolerance.

Genetic testing for celiac disease can evaluate if you have one or both of these susceptibility genes (HLA-DQ2 or HLA-DQ8) and can only be used to exclude the celiac disease, but more importantly, it cannot be absolutely used to confirm it. In other words, if you do not have one of these genes in your DNA, your specialist can exclude the celiac disease. On the contrary, if you have one of these genes, it is possible that you have or may develop the disease and therefore your specialist will need to perform additional analyses to confirm it. 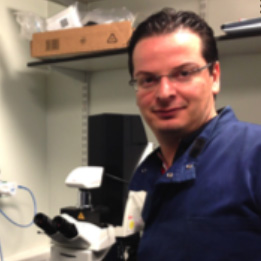