How Many Chromosomes Do Humans Have? 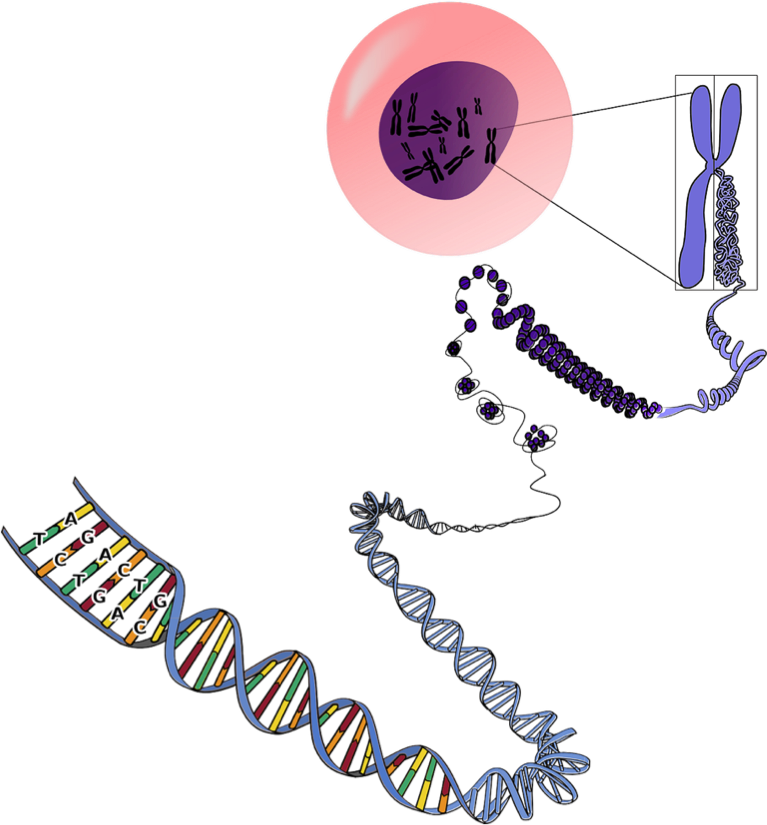 Chromosomes the building blocks of you:

Within the human body, there are trillions of microscopic cells that contain all of the stuff that allow our bodies to function. Inside of those cells there is a nucleus, which you can think of as the cell’s command center, that is home to all of your chromosomes. A chromosome is an entire chain of DNA along with a group of stabilizing proteins. Your genome, or complete set of genes and genetic material, are written across 23 pairs of chromosomes, making 46 chromosomes total. Where did these chromosomes come from? Well, when you were conceived, half of your chromosomes were given to you by your mother and half were given to you by your father.

Chromosomes are vital in packaging your DNA into neat coils for cell vision. Additionally, they are the home to your entire genetic sequence and, in turn, make you you.

If you were to unravel a chromosome, you would see that it is made of a thread-like structure. Unravel it further, and you would find clumps of proteins, called, histones, that are wrapped in your DNA.

DNA is a molecule unlike any other molecule. Its atoms combine to form a long, spiraling ladder that serves as the genetic blueprint for all living things. This long ladder of DNA is made up of four types of nucleotides – adenine, guanine, cytosine and tyrosine – which are the strings that tie the helix together. Nucleotides serve as the building blocks of proteins, which then create all of the tissues and organs that allow you to breath, see, hear and fully interact with the world around you.

Chromosomes are traditionally drawn as two sausage-like shapes that are connected through a midpoint, or centromere. However, the majority of the time DNA actually exists in its original form – as a long, chaotic and tangled ball of yarn that is tucked away within the cell’s nucleus. Only when the cell needs to reproduce through mitosis do the chromosomes condense into a neat spool. This structure then provides and durable and functional form that allows the DNA to split evenly.

How chromosomes make us all a little bit (or extremely) different 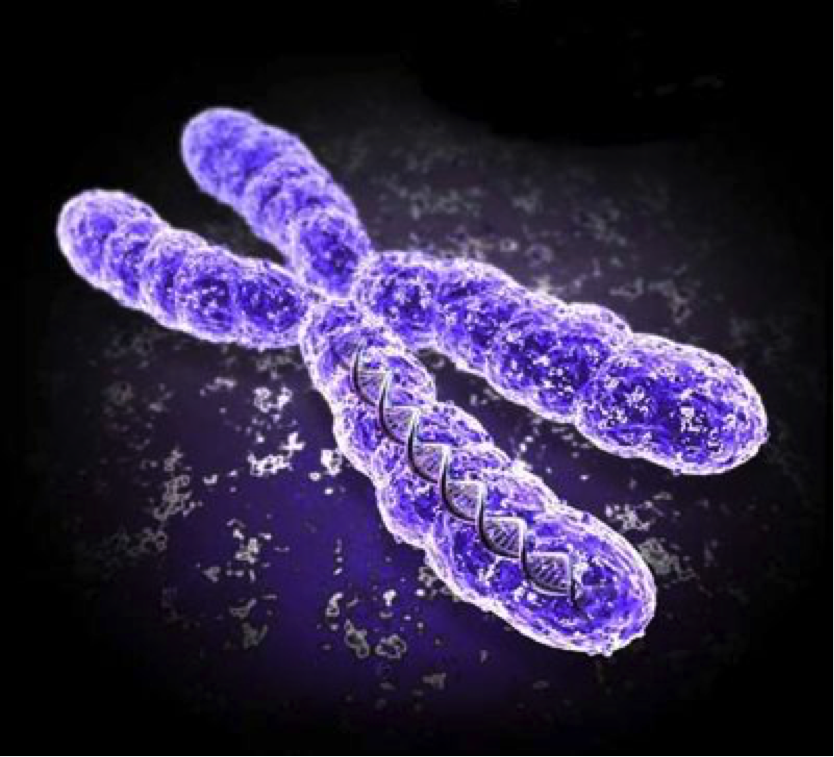 But what role do chromosomes play in making you different from your brother or sister? Or, better yet, from a dog or an elephant?

These changes are due to genetic mutations, or a permanent alteration of a piece of DNA that makes up a gene. These mutations can occur in two major ways. There are hereditary mutations, which are inherited from your parents and are present throughout your life in every cell of your body. Maybe your family is lactose intolerant, or you are all red-heads, or you all have blue eyes. These mutations will always be present within your chromosomes and can be passed down to your children. Studies suggest that parents pass down an average of 60 genetic mutations to their offspring – all of which help create the physical or behavioral differences that make you different than your peers. There are also acquired mutations, which occur at some point in your life and are present in only certain cells. These can occur through cell division, or through environmental factors such as UV radiation and viruses.

In fact, the number of chromosomes in an animal or plant is determined by complete randomness. Chromosome numbers can decrease through fusion or increase through polyploidy – therefore making newer species have a different number of chromosomes than their ancestors. Fusion occurs when two chromosomes stick together by accident and is the most likely explanation of how chimps evolved to become humans. Scientists have found that human chromosome 2 looks like two chimp chromosomes that fused together, which indicates that this may have been the way we changed from our primate cousins to the humans we are today.

Polyploidy, on the other hand, occurs through an error in cell division. Sperm and eggs, or sex cells, divide through a mechanism known as meiosis. During this process, the DNA is condensed into their neat chromosome packages and the chromosomes are pulled to opposite sides of the cell, which then divides into two new cells. Sometimes a mistake occurs where chromosomes are not pulled apart properly, thus leading to new cell with more chromosomes than usual. If this cell is then fertilized by a sperm, then the new organism will end up with more chromosomes than its ancestors. In humans, this is often a fatal error and the fetus does not survive. However, in some non-vertebrates such as flatworms and leeches and in many plants, polyploidy can occur.

Chromosomes: The spice of life

Without chromosomes, DNA replication and subsequent diversity in humans and other organisms would be lost. We need these thread-like molecules to manage our tangled DNA both within the nucleus and during cell division. Through the number of chromosomes may not determine the evolutionary complexity of a plant or animal, the genes that the chromosomes carry certainly do. The genetic information carried within chromosomes determine what makes you – an organism with 46 chromosomes and around 24,000 genes – different from all of the other organisms that inhabit this expansive planet.