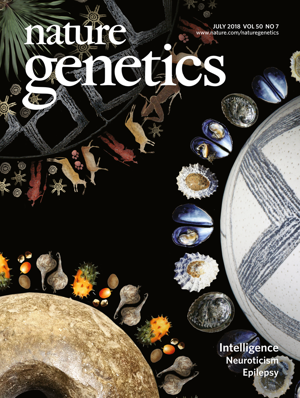 Who is Nature Genetics?

The History of Nature Genetics

Nature was founded in 1869 by Norman Lockyer, Thomas Henry Huxley, and Alexander Macmillen. These three men decided that they wanted to write about one of their favorite things that they all have in common. All three of these men were only interested in bringing the best of scientific discoveries to your doorstep every day. They decided to start a scientific journal to help advertise their love of science and provide illustrated articles for people to read. That same year, Norman Lockyer became the first editor of the magazine and he held that position for over 50 years.

Nature magazine published many more scientific articles over the next couple of years, but in 1919, things changed when Richard Gregory became the second editor of the magazine. Gregory had already established a name for himself at the magazine since he had been working for Lockyer for over 25 years. During his time as editor, one of Gregory’s biggest achievements was helping to establish India’s leading science journal, entitled Current Science. This was an awesome opportunity for Gregory to expand his horizons as an editor. He became the corresponding editor to this magazine as well.

During the Gregory editor era, the magazine published articles about the discovery of an early hominid in Africa by Raymond Dart. All of his research was published in the magazine for others to read and learn from. There were other important scientific discoveries during this time, including the splitting of the first atom ever. Scientists John Cockcroft and Ernest Walton did extensive research about atoms and the process of splitting them. All of the research was then published in Nature Magazine and shared with the world. Shortly after this discovery was made, Sir Raymond Gregory retired as editor of the magazine.

After Gregory’s retirement, L. J. F. Brimble and A. J. V. Gale decided to team up and become the magazine’s third editorial team in 1938. During this era of the magazine, Brimble would often go to a club that was very often frequented by scientists associated with the Royal Society. Usually, he would give these scientists copies of some of the articles that were being considered for publishing inside of Nature magazine. These scientists would review them, thus beginning the first trends to peer reviews.

It was also during this time, in 1953, that two scientists decided to break down and try and figure out how DNA actually works. These scientists, Watson and Crick, were successful in deciphering the DNA strand. After their success, all of their research for the discovery was published in Nature magazine. 7 years later in 1960, the first laser was created by Theodore Maiman. All of the research that he jotted down was then later published in Nature magazine. It was also during this time in the magazine’s history that Gale retired, leaving Brimble the sole editor of the magazine. However, in 1965, Brimble died and the editor position was up for grabs once again.

In 1966, John Maddox became Nature magazine’s fifth editor. One of the first orders of business that Maddox published was the research on plate tectonics that was written by J. Wilson. Nature magazine also published the first article on the first pulsating star in 1968. After this article, Maddox began to realize that it was necessary to make some changes in how the magazine was running for more profit and more efficiency. He decided that the magazines need to branch out to different venues and different places.

In 1970, Maddox made good on his promise by opening the magazine’s first overseas office with one journalist assigned to cover all of the big scientific discoveries on the other side of the pond. This opened a big door for overseas journalism. It was also during this time when “changing things up” took a whole new meaning for the magazine. Nature magazine split into three different publications in 1973. The publications, which were Nature, Nature New Biology, and Nature Physical Sciences, were published for a short amount of time as three different magazines, until the sixth editor, David “Dai” Davies, became the editor. After he became the editor, he quickly pulled the three different magazines back together as one.

Fast forward about 22 years to 1992, when Nature Genetics is born. Nature Genetics was the first modern “sister” magazine to Nature, and it was an instant success in the science community. Because of this launch, other forms of the magazine were launched too. In the next 5 years, Nature launched Structural Biology, Medicine, and Neuroscience as their own publications and they were highly successful. Nature also launched its own website in 1996, just after the magazine published the first article about the birth of Dolly, who was the first cloned sheep from adult cells.

In 1999, Nature made the biggest change in its whole company career. Nature Publishing Group is created, bringing together all of the journals that the company has published and placing them in one central area. Once the publishing company is born, things begin to take off for the company. The growth that the company established in the 2000s was astonishing. There were at least six new publications that were published between the years of 2002-2012. In 2010, Nature created an iPhone app to branch out into the technology world of e-books and e-magazines.

Nature and Nature Genetics magazine has been around for many years bringing many different scientific articles to a lot of people and helping them learn more about their world. The publication is a really well respected magazine in this day and age as well. The magazine still provides research for every article that it publishes, which is awesome, so that you have the link readily available if you would like to continue the research or if you would like to continue the research yourself on your own time. The magazine is not slowing down anytime soon and the latest editor, Phillip Campbell, is making sure of that, adding several partnerships with other magazines for more content to publish. Many of these are highly successful publications and