The healing power of poop

Dog owners have all experienced them. Those cringe-worthy moments when the beloved family pet lick’s another dog’s anus, or tries to eat its poop.

As odd as it seems, however, such behavior is hardly restricted to dogs and other canids. Many animals regularly eat one another’s feces in what scientists call “coprophagy.” It turns out they are onto something.

All animals, from insects to humans, need microbes to digest their food, and research has shown that maintaining a diverse population of these bacteria is key to health. By licking butts and eating poop, dogs, cows, rats, iguanas and even gorillas are merely replenishing their microbiome to ensure they have the bacteria they need to extract energy from the foods they eat. This is particularly important for hard-to-digest fibrous foods like cellulose. Termites regularly lick each other’s anuses after molting to replenish microbes needed to digest. 1

How all this relates to human health has been a subject of interest for heelers going back to the 4th Century AD, when the Chinese physician Ge Hong advised people suffering diarrhea to eat fresh stool from a healthy neighbor. 2

A handful of clinical studies emerged from 1958 to 1960 confirming the efficacy of fecal Microbiota for Transplantation (FMT) in treating enterocolitis – a swelling of the small intestine. In those studies, physicians generally used enemas to transplant stool from a patient’s healthy relative to ensure compatibility. But after the introduction of vancomycin in 1959, interest in FMT dropped off in the West. 3

Amazing results in the fight against C. difficile

By the 1970s, it was widely suspected that antibiotics were contributing to recurrent Clostridium difficile infections (rCDIs) by causing dysbiosis; an imbalance of the bacteria, or microbiome, found in the human gut. By the 2000s, rCDI had gone from a nuisance to a major health concern. A 2005 study estimated 12 to 24 percent of CDI patients initially cured with antibiotics later contracted the illness again. After two or more episodes of recurrence, the study reported, risk of subsequent recurrence may reach 65 percent. 4

In 2011, a study identified C. difficile as the most common infection contracted by patients in U.S. hospitals and other healthcare facilities. It estimated the bacterial infection killed 29,300 and infected 453,000 people a year in the United States. 5 At the time, nearly 1 in 9 patients 65 or older were infected and cases were spreading beyond acute care hospitals to nursing homes.

A 2013 meta-analysis of 11 studies involving 273 patients concluded FMT was 91.2 percent effective in treating C. difficile when administered via the lower gastrointestinal tract – i.e.; via enema or colonoscopy – and 82.3 percent effective when administered from the upper gastrointestinal tract via pills, or a nasogastric tube. 6 The review noted however that there was a lack of randomized, placebo-controlled clinical studies available and that more work needed to be done comparing results from FMT using fecal matter collected from patient-selected donors – usually a close relative or spouse – and fecal matter from a healthy, unrelated donor screened by a stool bank.

Still, the impressive results ignited a new wave of research into how the human microbiome could be mined for revolutionary new therapies for a vast range of diseases both within and beyond the intestinal tract.

As stool banks sprouted across the country to screen donors and collect, filter, store and distribute their stool, the Food & Drug Administration (FDA) signaled it was considering regulating FMT products as drugs. Many gastroenterologists and patients objected, arguing that it would greatly reduce access to the remarkably effective treatment. Pharmaceutical companies, however, argued that since there was little understanding of the risks posed by transplanting such a broad spectrum of bacteria, the FDA should at least require doctors to provide data on outcomes to help gauge the long-term safety and efficacy of the treatment. The human gut is colonized by 1014 bacteria, and contains upwards of 1,000 bacterial species and specific subsets of microbiota have been shown to differentially regulate immune function. 7

In 2013, the FDA announced that while it considered FMT an “investigational drug,” it would use a dual regulatory approach. It would allow its use to treat rCDI patients not responding to traditional therapies if they, or their legal representatives, consented to its use after being advised by their doctor of the risks of using an investigational treatment. 8 The FDA also said it would continue authorizing biopharmaceutical companies to ship FMT-based products across state lines so that they could conduct human clinical trials through its Investigational New Drug, or IND, program. Many of those companies, known as “sponsors” in FDA parlance, are seeking to develop therapeutics based on narrower collections of gut bacteria to target everything from inflammatory bowel disease (IBD) to liver disease and cancer.

The dual approach allows the FDA to put off the thorny issue of how to regulate FMT, which many in the medical community would like to see governed like blood and organs, rather than drugs. In 2016, the agency floated new guidance that would have restricted using FMT products sourced from stool banks for treating rCDI, only to back off under pressure from stool banks and healthcare providers. 9

The hands-off approach to regulating FMT for rCDI took a big hit this summer, when one of two patients infected by a multi-drug resistant organism (MRDO) – Eschericha coli – died. The FDA responded June 13 by suspending all FMT clinical trials in its IND program until they could implement new screening procedures. 10 The death marked the first fatality from investigational FMT ever reported to the FDA, according to an FDA spokesperson contacted by GeneticsIllustrated.com.

The new procedures require IND sponsors exclude individuals at higher risk of infection by MDROs, sometimes referred to as “superbugs,” including health care workers and people who regularly attend outpatient medical or surgical clinics. They also require donor stool be tested for a minimum of four types of superbugs, including three strains of Enterobacteriaceae and Staphylococcus aureus.

While not mandatory for non-IND holders, the new requirements are sure to give gastroenterologists using broad-spectrum FMT to treat intestinal disorders pause.

Biopharmaceutical companies have seized on news of the death to bolster their arguments for tighter regulation of FMT.

“This was bound to happen at some point, as use of FMT has increased to now 10’000s of patients,” Vendanta Biosciences CEO Bernat Olle tweeted June 14. 11

Vendanta has developed a mathematical model to predict the best mix of Clostridia bacteria for designing microbes that could pave the way for new treatments to correct a range of imbalances in the immune system, including some that cause cancer.

“Anticipation of this type of event is one reason at @VedantaBio we focused on developing drugs based on defined consortia of bacterial strains,” Olle tweeted. “In contrast to fecal transplants, defined compositions are manufactured from pure, clonal cell banks of bacteria via GMP [Good Manufacturing Practice] processes, and without the need to rely on direct sourcing of fecal donor material of inconsistent composition. Since we know exactly what we put in, we can -and have- tested each strain in our products to ensure they don’t carry antibiotic resistances of clinical concern near mobile elements in their genomes, which could be transferred potentially creating an untreatable pathogen.” 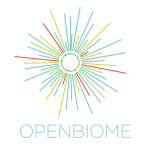 OpenBiome, a non-profit stool bank and research company said the death “underscored the importance of “robust safety and quality infrastructure for FMT, and of informing patients of the risks associated with FMT and alternatives.” 14

The founders of OpenBiome say they started the company to expand safe access to fecal microbiota transplants (FMT) and catalyze research into the human microbiome after watching a close friend suffer from rCDI for 18 months following a routine surgery. The non-profit has since provided more than 45,000 treatments with no reported infections or deaths “definitively resulting from FMT material.” Still the company felt compelled to announce June 14 that its material was not used in the fatal treatment, that it already screened for all four of the superbugs and that it continues to service clinical providers and researchers.

Researchers are collaborating with OpenBiome to develop therapies for everything from rCDI and IBD (Chrone’s disease, ulcerative colitis and others) to depression, liver disease, malnutrition, multiple sclerosis and obesity. In 2017, a study co-authored by OpenBiome’s then Chief Medical Advisor Zain Kassam found that FMT from a donor reduced hospitalizations, improved cognition and corrected dysbiosis with fewer severe adverse effect than the standard treatment of antibiotics in cirrhosis patients with recurrent hepatic encephalopathy; a syndrome  observed in patients with cirrhosis characterized by personality changes, intellectual impairment, and a depressed level of consciousness. 15

Over the last decade, researchers have revealed that dysbiosis is not nearly as big a factor in chronic conditions like IBD and obesity as it is in C. difficile, but not why. There is also little understanding on how a patient’s microbiome and other epigenetic factors such as diet and antibiotic exposure affect which bacteria strains survive following FMT. Nor do scientists grasp how these factors influence how long grafted bacteria will survive in a patient. This is due in part to a lack of data, since many physicians performing FMT are not conducting longitudinal studies of their patients.

Still, many expect research into FMT to lead to revolutionary new therapies for a range of disease within the next decade.

It turns out those nasty dogs are on to something.